Books about books are my absolute favorite. I love them all and if this batch of new books hitting store shelves this September are any clue, it’s going to be a great fall season. Anyway, I figure, if you’ve happened to land on this blog, these may be books you’d want on your radar as well.

Here are three that I am looking forward to reading. They all come out in September 2018: 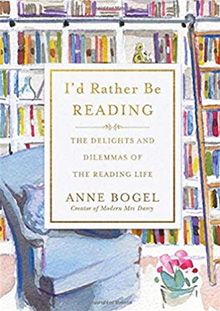 I’d Rather Be Reading: The Delights and Dilemmas of the Reading Life by Ann Bogel. This is one I’ve pre-ordered. It officially releases September 4, 2018 in hardcover. I’ve not read Bogel’s other book, but I do keep up with her popular bookish podcast What Should I Read Next. She is a huge lover of books and seems to be an even bigger fan of readers, so I think this short collection centered on “the reading life” will be very interesting. 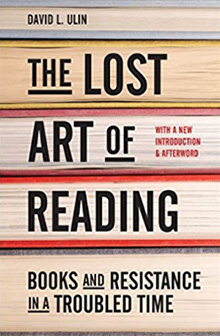 The Lost Art of Reading: Books and Resistance in a Troubled Time by David Ulin. I LOVE the idea of “reading as a political act”. I honestly believe that if everyone would just sit down, slow down and read more books, the world would be a much better place. I’m anxious to see what Ulin has to say on the matter. This one came out back in 2010, but this new 2018 hardcover edition (releasing September 4, 2018), being published by the cool folks at Sasquatch Books, has a little extra added in reframing the book in light of the current condition of things. 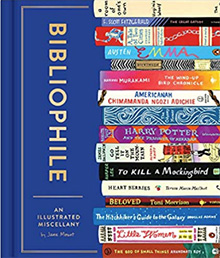 Bibliophile: An Illustrated Miscellany by Jane Mount. There are a gazillion miscellany books out there about books, reading and the like. But Mount’s new hardcover book will certainly earn a place on the bookshelf due to her unique book-loving artwork. Back in 2012, she did a book with Thessaly La Force titled My Ideal Bookshelf and it remains a fun one to pull down to flip through. It’s a big hit with visitors at the house too.

John Grisham has a new book out. It’s short and it’s totally free. You can download the kindle verison straight from Amazon or you can click over to this page and download any file format you want. You can even order a free hard cover copy! 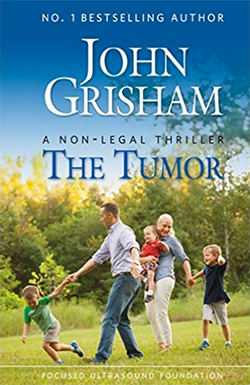 The book is called “The Tumor” and it has nothing to do with the legal system and probably doesn’t even qualify as a “thriller”. This one is all about cancer and new technology. It’s something that seems near and dear to Grisham’s heart. So he decided to write this 49-page book, partner with the Focused Ultrasound Foundation and give it away. All just to help raise awareness about new technology available to fight cancer.

The story follows a 35-year old father of three as he goes through the prognosis and treatment of a brain tumor. Pretty heavy stuff from Grisham.

I haven’t read it yet. Let me know if you have and how the story stacks up.

A quick snapshot of the evolution of the book:

Harper Lee wrote Go Set a Watchman first back in the 1950’s. Her editor said something like ‘I’m more interested in the backstory’. So Harper Lee wrote the prequel which became To Kill a Mockingbird published in 1960.

I’m not sure Lee ever expected Go Set a Watchman to ever be published.

Taking this path to life into account and realizing how books are written the folks at Quartz ran both books through their computers to compare the texts to see if there were any similarities. What author wouldn’t take awesome passages from a finished manuscript and re-use them in a newer, updated book of another title? Especially if they never thought the original had a shot of seeing the light of day.

You can click through and read the passages that Lee and her editor copied over verbatim and where the revisions are. What is interesting is that all of the ones Quartz shares appear later in To Kill a Mockingbird than they do in Go Set a Watchman. You begin to get a sense of how Lee constructs each story when you realize that so many descriptive and background passages appear up front on the newly released book, but appear much later in the earlier released novel. It sheds some light on what the priorities of each book are.

Honestly, I was surprised there isn’t more recycling going on. Harper Lee truly did the work and created a new book back in the 1950’s.

Harper Lee’s new book is already a huge success commercially and people will be debating its authenticity and providence for years to come (so many conspiracy theories!).  But no matter how you feel about Atticus and Scout, this one (and any future books – conspiracy alert!) is a wonderful and rare look at Harper Lee’s methods for readers, researchers and students of storytelling.

Title: The Fold
Author: Peter Clines
Publisher: Random House, 2015
Where I heard about this book: I received this book directly from the publisher.

For years a government agency has been trying to get high school science teacher Leland “Mike” Erikson to come work for them. But he always turned them down until they asked him to investigate a secret physics installation in southern California. A place that “folds” the fabric of space/time, allowing people to walk across the universe in the blink of an eye. At least, that’s what they think it does. 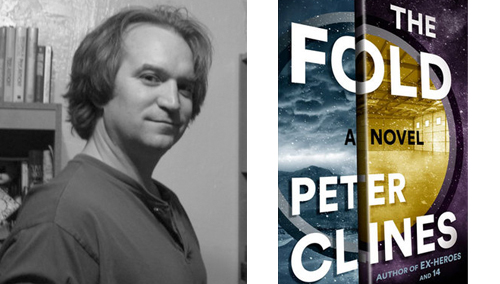 I really enjoyed the whole build up of The Fold as Mike, who has been assigned the task of figuring out what is going on and how it’s being done, is piecing clues together, grappling with the science and coming around to believing the impossible. And when the impossible happens, people start dying. Fast. And then things get weird. Fast.

Clines does a decent job with the science with this story, leaving just enough in the realm of WTF and fuzzy thinking to make it fun and plausible. Just make sure you’re reading with an open mind and you’ll enjoy.

If you’re a fan of Sherlock I think you’ll like The Fold as Mike (who, in the book, is compared to both Holmes brothers) has one hugely useful talent – his eidetic memory. He remembers everything as if he’s skimming through a DVD with time codes and everything. It makes piecing together crime scenes, looking for patterns and eliminating variables fast and easy. And he can sound like a jerk. But so did Sherlock at times.

While it all wraps up quickly, you can’t be sure how it’ll end or even who will be standing when it does.

I give Peter Clines’ The Fold three out of five stars and recommend it to fans of the Stargate series, time travel movies and anyone else who already realizes that there are some things mankind just shouldn’t mess with.