The official Man Booker Prize Long List came out this week. A few names are new to me and certainly many, of the 13 authors, I don’t know. And just like previous years, the 2015 Man Booker podcast has launched and it’s off to a GREAT start.

You can get the Man Booker podcast on iTunes or you can listen on your computer via Soundcloud.

This is one of my favorite podcasts and like good locally grown food – it’s only available one season of the year. So subscribe and check out what’s going on as there are only a few episodes put together each award season. 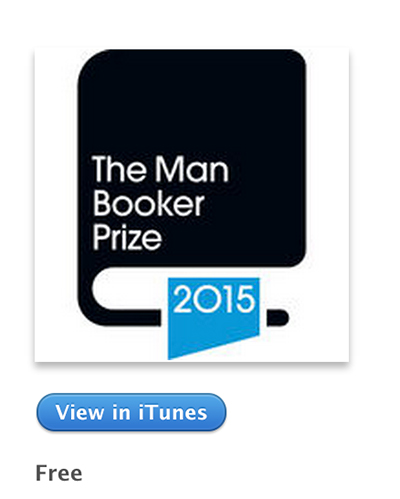 The first full episode was fun and hops around a lot.  They chat about the prize, what it’s like being a judge, as well as a “man on the street” segment where they went to a local bookstore in the U.K. to catch a midnight release party of Harper Lee’s Go Set a Watchman. It was pretty neat to hear how folks ‘across the pond’ regard Lee’s new book as well as To Kill a Mockingbird. This episode was like popping around a room during a dinner party where every grouping of people is discussing some aspect of books and publishing.

So check it out and get caught up as the BIG announcement of the winner will be made October 13, 2015.

Do you pay attention to the Man Booker Prize?

There is a great thread, in the Books on the Nightstand group, over on Goodreads, where members are listing their favorite podcasts for bibliophiles and book lovers. Even if you’re not a member of GoodReads or prefer other sites (like LibraryThing!) this thread is worth checking out. There are quite a few podcasts mentioned that I’m going to have to check out at least once. Here is a list of the first five that I’m downloading now to see what they have to say:

Greater Boston Book Loft – sounds like this will be a nice shorter 10-15 minute podcast and includes author interviews.

KCRW’s Bookworm – a podcast about books and authors, based in L.A.

The Afterword – produced by Slate

Other than Books on the Nightstand and NPR’s offerings, what podcasts do you listen to? Let me know if I’m missing out.

Today marks the 200th year since Charles Dickens was born. It’s been fun seeing all of the build-up to today amongst bookish folks. Google has a great artful logo to commemorate the occasion, which will be on their main page all day.

What’s also been fun is following all of the hoopla over in the UK. The Guardian newspaper launched their own “official” Charles Dickens at 200 mini-site late last year as a place to aggregate all of the pieces they’re putting together. It’s worth checking out, but only after you to their archives section to see how the paper covered Dickens way back in 1912 on the 100th anniversary of the author’s birth. It’s neat to be able to compare the thinking and statements.