The movie Just Mercy has been made “free to rent” on just about all of the major streaming platforms. I have not watched the movie (released in 2019) yet, but if it’s half as powerful as Bryan Stevenson’s 2014 book, which it’s based on, then this is something that could help open a lot of eyes and connect a lot of dots for people right now.

I know Just Mercy is one of those books that once you read, you can’t help talking about and recommending to folks.

Anyway, just wanted to share this news so you can watch the movie, if you haven’t seen it. I’ve checked three movie streaming platforms and they’re all promoting it as ‘free to rent’. I am not sure if the streaming services (Netflix, Hulu, etc.) will get it. Though I doubt it.

And do go read the book, if you haven’t already. It’s very well done and scary how recent it all takes place. This country should be past all of this. We’re better than this.

You can follow up with Bryan Stevenson (who speaks in Birmingham pretty often during non-Covid19-times) over at the Equal Justice Initiative’s website. They’re based in Montgomery, Alabama.

Here are two documentary films that I’m excited about and I am guessing, if you’re reading this blog, you’ll probably be interested too.

The first film is called The Bookmakers and runs about an hour. It features all kinds of folks that are working to keep books viable in this day and age. There are interviews with type setters and old world book artists as well as digital librarians and font folks. The trailer hooks me early! I hear that The Bookmakers documentary has been delayed due to all of the “stay home” stuff going on these days. I’m excited for this one to be out – eventually. Here’s the trailer:

A co-worker mentioned The Booksellers documentary to me the other day and I just love the visuals in the trailer. It was released back on April 17th via special streaming screenings online. Which is all very cool and handy these days. You can scroll through the film’s twitter feed and find a place to watch it. It looks like it’s running about $10 to stream it. This film has to be good. There are some pretty big names from both the bookstore and book trade worlds in The Booksellers. I’m hoping to find some time this weekend to watch.

It doesn’t hurt to mix in a little screen time with reading, does it? I hope you all are tucked away, feeling well and have plenty of books surrounding you. And I hope you get a chance to see these two films too!

Until Tuesday, March 24th, 2020, you can watch Gary Hustwit’s documentary Helvetica for free. Helvetica is a feature-length (about 1 hour and 20 minutes) documentary about typography, graphic design and global visual culture. It features the world’s most prolific typeface and explains why that is and how it got to be that way.

In light of the COVID-19 crisis, I’m streaming my films for free to viewers stuck indoors anywhere in the world. I’ll be streaming a new movie every week, launching each Tuesday. Stay strong, we’ll get through this.

I haven’t seen it since 2008, but parts of it stick in your mine. I have to admit that some of my favorite parts of the film are with the folks that are simply OVER Helvetica and complain about how simple and boring it is. I am not saying I agree, but it’s always fun to listen to intelligent folks who are passionate about something. That seems even more so when that thing they are passionate about is typography.

It looks like Hustwit will be sharing more of his films as well. He has another one that was enjoyable called Objectified. It’s worth checking out if you enjoy listening to folks talk about high-design, products and ideas.

Here’s the trailer for Objectified:

The recent release of The Martian movie trailer, based on Weir’s book of the same title, got me thinking – what other books I liked have upcoming movies?

So I searched around and dug up info on these four films. Let me bracket all of this by saying – I do not know squat about Hollywood. I have a vague understanding what “optioned” means and what having a producer attached to film vs. a director with no actors indicates about just how far along a film is in the process. So some of these may never see the light of day. But the interest is good.

And it seems to me that you’d want to crank out a quality film while the book it’s based on is still highly ranked in the public’s collective hippocampus. But again – I don’t know Hollywood. What I do know is a good book when I read it, so if these films based on books do happen and they’re as good as the book they’re based on, then it may be worth an $80 movie pass (or whatever movies cost these days). 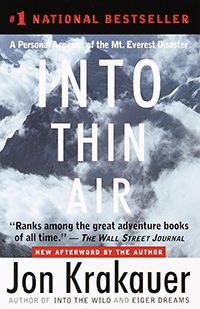 Into Thin Air by Jon Krakauer – this is the second time Krakauer’s true story about climbing Mount Everest has been made into a film. The title of this film is simply Everest and stars Jake Gyllenhaal, Keira Knightley and Josh Brolin. Looks like everything is on track for a September 18th release date. 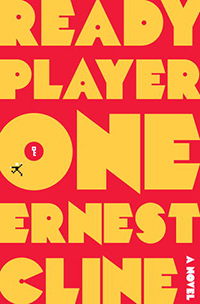 Ready Player One by Ernest Cline – Steven Spielberg has signed on to direct this one. I can absolutely see this book working as a film. Everything from the real-world vertical trailer parks to the special effects needed for the game sequences would be great on the big screen. It’s still in the writing stage it looks like, so no word on a release date. 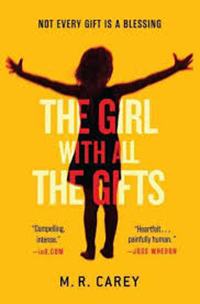 The Girl With All the Gifts by Mike Carey – the title has been changed to She Who Brings Gifts and parts of it started being filmed last month. The story paints a bleak future where humanity has been almost wiped out by fungus/plant infections. Glen Close and Gemma Arterton are acting in this one. Looks like it’s slated for 2016. 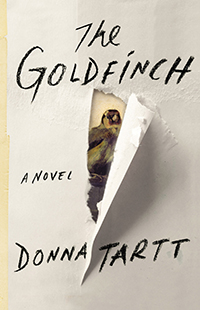 The Goldfinch by Donna Tartt – last year’s Pulitzer Prize winner has been optioned and has a producer. The screenplay is being drafted by the same guy who did Tinker Taylor Soldier Spy, to give you an idea of how they’re thinking about this film. There is no release date or start date for this movie yet.

But of course we all know, no matter how good any 90 minute film is… 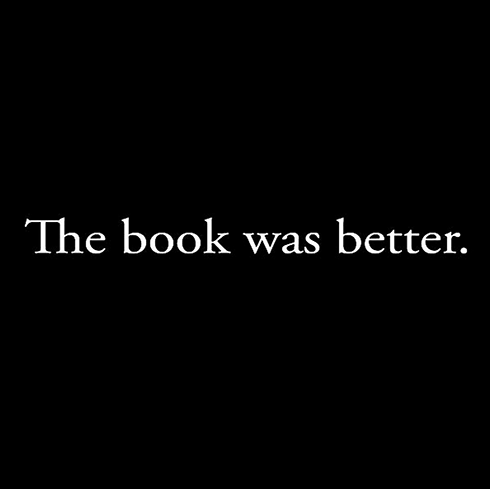