This is one of my favorite Man Booker short lists in recent years. Such a great crop of authors and books. The Man Booker Podcast is also back up and running this season. I always look forward to it and it’s usually worth a listen. Also, The Guardian has a good write up with the authors of the books, if you want more. These six books make a great lineup:

I have just started Szalay’s All That Man Is and haven’t read enough to form an opinion yet. 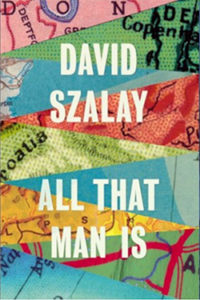 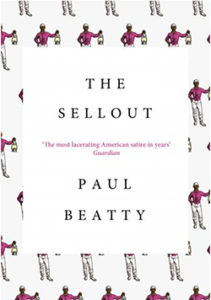 The only one I have read all the way through is Beatty’s The Sellout. I thought it was absolutely fantastic. Satire is one of the hardest things to write and Beatty nails it! Every single page is dripping with it. But be warned – it is not for the faint of heart. It’s brutal in so many ways. I think you’ll be better off reading where Beatty is coming from before you start reading the book. So Google around a bit.

The only downside is that I read an interview with Beatty that said he was a little disappointed the humor was so well received, as he felt it distracted from the message he was trying to get out there. The message is certainly there and will slap you in the face. But it can be a rough read folks.

Two of the six, in the Man Booker Shortlist, are from Penguin-owned imprint/publisher Johnathon Cape. They have more Man Booker wins under their belt than any other publisher. So it’s another good run for them.

It doesn’t always work, but I think that the award’s opening to a global pool of entries has paid off. I usually prefer when things specialize, but for some reason this really really works.

Have you read any of these books?