So yesterday was National Science Fiction Day for 2016. It’s not exactly a major holiday… yet… but it’s fun to celebrate nonetheless. An hey – if enough blog posts start mentioning it and the right publishers get behind it we could have us a real holiday one day. Though January 2nd would be a tough sell I have to admit. It’s just a little too close to the Christmas & New Year’s Eve to be of any fun.

But it’s the day that the grand poobah of the galaxy Isaac Asimov was born back in 1920. So it’s probably as good of a day as any to celebrate science fiction writing.

So in honor of Asimov’s awesome encyclopedic legacy, I’d like to share my three favorite science fiction books I read last year. I have to admit that it’s getting harder to figure out what is “science fiction” these days. So many books have elements of the future, time travel, dragons, etc. that science fiction is teetering on becoming mainstream. But that’s a post for another day.

If you’re looking for a good sci-fi read to kick off 2016, then check these out: 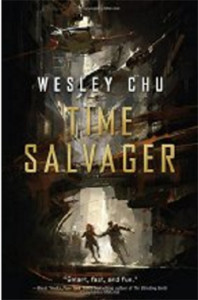 Time Salvager by Wesley Chu – I thought this book was great fun. It does fall in the time travel category. It has a couple of common sense and unique solutions for dealing with many of the common issues with time travel, which I thought clever. Also, it’s the first in a series so it’s a great time to jump on board. 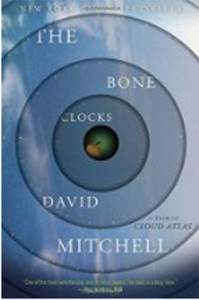 The Bone Clocks by David Mitchell – I finally got around to reading this and so glad I did. While I’m not one for “psychic powers” stuff, the writing is incredible and the way Mitchell loops everything together is almost a superpower. It’s a big book. So if you want to dip your toes then I’d recommend reading Slade House. It’s set in the Bone Clocks universe, but no necessarily a sequel. I think you’ll enjoy Slade House more if you read it second, but no harm in using it as an appetizer to see if it’s for you.

Seveneves by Neal Stephensen – this book might very well be the most epic science fiction book I’ve ever read. It is Asimov-like in scope and skill. So very good. There definitely falls in the hard sci-fi column. So expect pages of scientists and engineers debating orbits, trajectories, etc. but you can skim that stuff if your eyes start to gloss over. The story is huge. It tracks humanity thousands of years into the future after the Earth is made uninhabitable.

That’s it! I am a huge fan of science fiction and speculative fiction. So please let me know of any fantastic reads that you’ve found. I’ll add them to my list.