Title: Armada
Author: Ernest Cline
Publisher: Crown, 2015
Where I heard about this book: I received this book directly from the publisher.

Armada blasts through the haze of the past couple of decades and gives us a look back to the sci-fi stories of the 1980s. Just about every page of Cline’s book drips with tropes, cliches and plot lines of well known movies and stories. You’ll find yourself smiling as characters in Armada quote lines and rally behind battle cries heard first from Activision and Atari games. 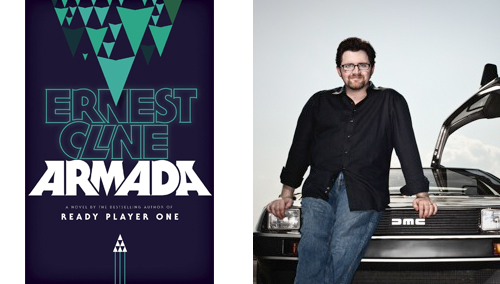 Armada follows the plight of a soon-to-be high school graduate to the moon and back as he helps defend the Earth from alien invasion. An invasion that is the result of 40 years of US government secrets and black ops. An invasion that will end life on Earth. An invasion that can only be defeated by the best video gamers on the planet as the military has been secretly training Earth’s population on how to control military drones through video games.

The Last Starfighter was one of my favorite movies growing up, which this book certainly mirrors. The same can be said for Ender’s Game which matches pretty close plot-point to plot-point. So you’ll get a kick out of Armada if you enjoyed those two stories. But if you don’t then there’s not much else here for you.

While I really enjoyed Cline’s first book Ready Player One, this book, while making use of all the same vintage hooks, nods and winks that enjoy, lacks a freshness that RPO has. I’m not sure exactly what it is, but the characters in Armada spend too much time making fun of classic sci-fi plot holes and being aware of how their world mimics it all. It never quite goes all out “meta” but it’s darn close.

I’m giving this book two out of five stars, though if you’ve ever called yourself a sci-fi geek it’s one you’ll want to read just for all of the memories. And it’s also worth picking up, in the book store,  just to check out the cover. 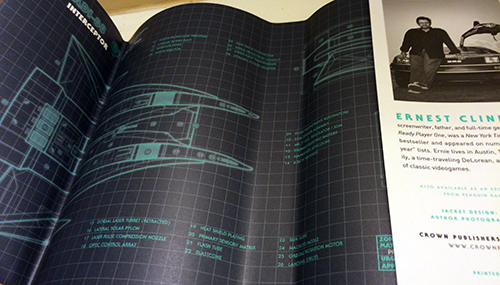 Will Staehle nailed it. Just like every good video game there is an easter egg even in the cover… open it up for schematics of the drones. Something every hardcore sci-fi fan appreciates. Kudos to Staehle and team.