I just noticed last night that the Hoopla app/service I use (thanks Hoover Library!) has expanded its offerings. Movies, music and TV shows have been readily available for download since day one. But now we have access to eBooks and comics as well.

* please note I have not tried to read or view comics in the Hoopla app. I am simply comparing catalogs and services at this point. eBook readers and comic apps are hard and I do not know yet if Hoopla has a good one.

I am always interested in finding new things to read and am pretty excited at seeing what the eBooks section will offer. 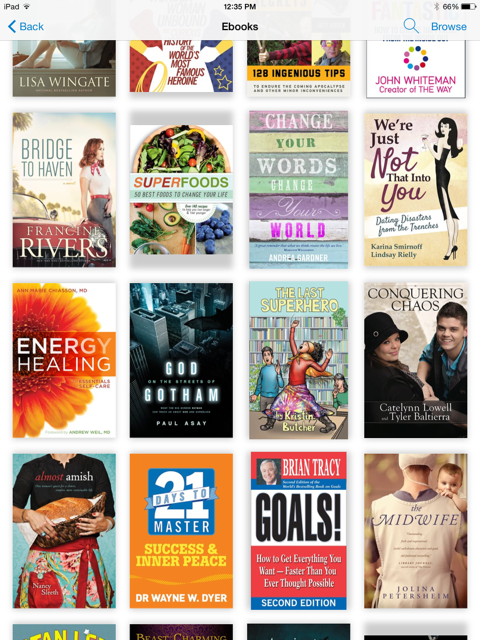 So far it does seem to be a little different than what’s over on OverDrive which the library supports as well (thanks again, Hoover Library, you guys rock!). There seems to be a difference in publishers. Many of what is on Hoopla (while not big names) are not titles that I have access to on OverDrive. I only spot checked five books so far, but this seems to be the case. And I’m glad for it. The less overlap the better.

Hoopla eBooks so far as I can see seems stronger in the cooking, self-help, and Christian categories. Though there are lots of romance, kids, and some fiction as well. But OverDrive shares these strengths and is currently a little stronger in the mainstream categories.

I’m not a comic book/graphic novel reader. I wish I was because I hear such great things, but I just can’t get into the groove. It’s not a snob thing, they’re just too slow for me (maybe another post on this thinking soon?) 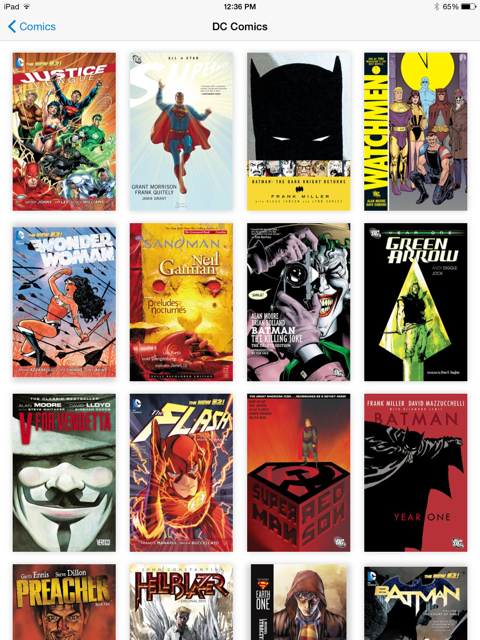 Noticably absent are Marvel comics. I have no idea if they’ll come on board or not. They’re all Disney-owned and working with Amazon, who knows. But DC Comics is testing the waters here. There are about 30 comics presented in the “Featured” area. Most of these are “digest issues” so each book contains 4-15 comics in there. Which is handy if you’re trying to catch up on a series or something.

What they’re lacking in Marvel characters they make up for with. . .  a Bill & Melinda Gates comic? a Kate Middleton comic? I even saw an Amy Winehouse comic book. 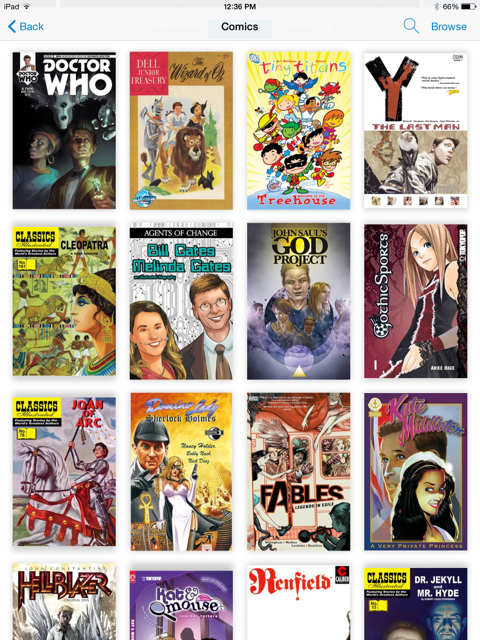 So the stock and quality is all over the map with Hoopla’s comic book offerings. No doubt it’ll get better.

I assume Hoopla is the same everywhere, but maybe it is dependent on each library’s contract. How it works here is that we’re allowed 10 downloads a month. That allotment can be made up of any mix of movies, music, TV, audiobooks, and now eBooks and comics.

Let me just say – libraries are awesome. I hope you live someplace with access to something like the JCLC system. To use Hoopla just load the app on your device and log-in with your library card number. You will instantly be able to access any content/services that your local library supports.

Do you use Hoopla?