The upcoming year is proving to be chock full of good books. Below is my short list of five upcoming books I can’t wait to read and it begins with a bit of breaking news. . . 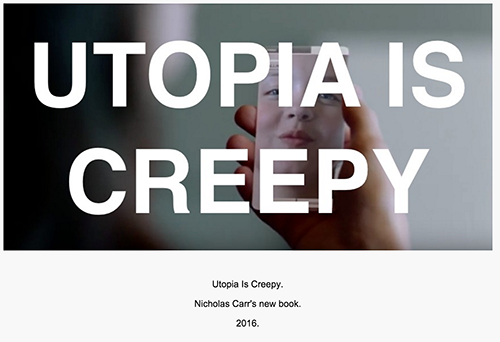 Nothing else is given or known, but it’s one I can’t wait to read. His last book The Glass Cage was fantastic and I highly recommend it to every adult with a functioning brain. Carr has written other best sellers, but Glass Cage really makes you think and reconsider the technology that is about to infect your world. I can only anticipate more of the same. Utopia Is Creepy by Nicholas Carr is out sometime in 2016. 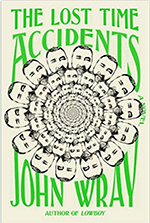 Coming in at 512 pages, Wray’s upcoming book won’t be the fastest read of the year, but read the first paragraph of the promo copy:

“In his ambitious and fiercely inventive new novel, The Lost Time Accidents, John Wray takes us from turn-of-the-century Viennese salons buzzing with rumors about Einstein’s radical new theory to the death camps of World War Two, from the golden age of postwar pulp science fiction to a startling discovery in a Manhattan apartment packed to the ceiling with artifacts of modern life.”

How can that not be a fun book? I hear the story spans three generations and all the war, old-school mysteries and love affairs that three lifetimes demand.The Lost Time Accidents by John Wray hits bookstore shelves on February 9, 2016. 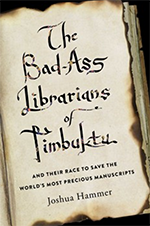 The Bad-Ass Librarians of Timbuktu: And Their Race to Save the World’s Most Precious Manuscripts by Joshua Hammer
Release date: April 19, 2016

This one wins for best title and for the fact that it’s a true story! It tells the tale of some super-brave librarians in 2012 Timbuktu who hid ancient manuscripts from Al Qaeda as the terrorists were ransacking museums and libraries. The Bad-Ass Librarians hit the streets on April 19, 2016. 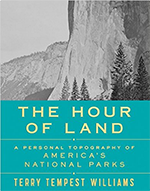 Here is the other non-fiction on my short list of awesome upcoming books. The U.S. National Park System turns 100 this year. The Hour of Land contains 12 stories showing us why the parks and the great outdoors are important today in this increasingly facebook-centered world. You can pick it up from your local book shop on June 7, 2016. 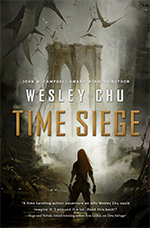 This is the second book in Chu’s newest series. The first book Time Salvager came out last year and wound up being one of my favorite sci-fi books of 2015. If you like time travel tales, this series is a good one so far. The Chronomen are back in business July 12, 2016.