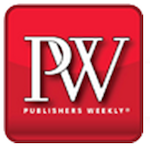 Alabama ranked 4th in the nation when looking at “number of bookstores per capita” in 2012 according to Publishers Weekly. The report is a little strange to look at, since it’s a function of a state’s population and the number of book stores a state has. So Wyoming, with only 35 IN THE ENTIRE STATE, ranks 2nd. Still it’s interesting to see a breakdown of the number of independent bookstores, chain bookstores and big-box bookstores for Alabama.

The official numbers for Alabama Bookstores came in with

Which I thought was pretty interesting. New York has 505 stores! But with a population over 19.5 million people, they ranked 49th on the list. You can check out all the 2012 findings over on the Publishers Weekly site.