Earlier this year, someone says they paid 50 cents for an old Nintendo cartridge that had some Japanese bootleg version of a Great Gatsby game. And thanks to the world of emulators you can play this 8-bit wonder right in your web browser. 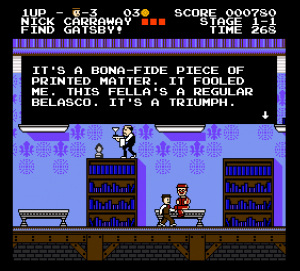 You start off dodging butlers and tipsy partiers as Nick Carraway. Your goal is to simply “find Gatsby”. I admit that I have not played very much of the game and have no idea where it goes with the story or characters. I just thought its was neat that even way back when NES was the coolest, someone thought it worth while to make a game out of a book. 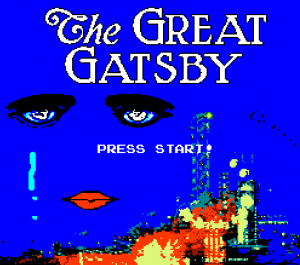