I ran across this very cool map in the Hoover Library recently, tucked away, back in the non-fiction section. This map roughly plots out many of the significant literary works, people and places around the state of Alabama.

Many you’ll recognize like Zelda Fitzgerald and Fried Green Tomatoes by Fannie Flag. But there are a ton of listings on there that I had never heard of. 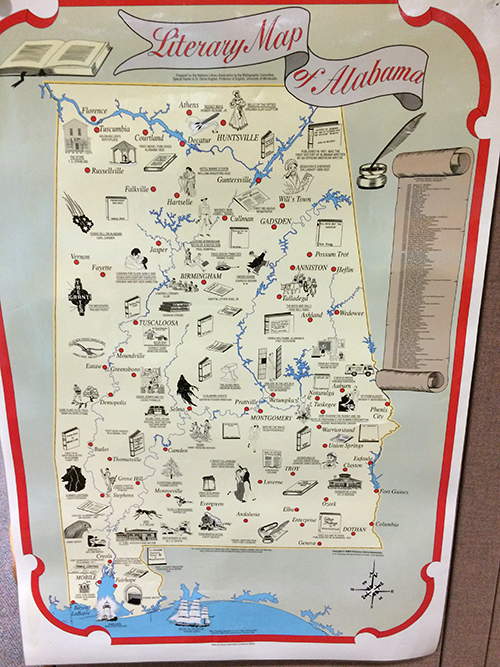 Some other interesting points:

If you’re into history, it may be worth going by the Hoover Library to  take a look at the map. I asked and the print is not available for circulation. I did copy down some info off of the margin about the cartographer and the group that printed it, hoping to find a copy for my own wall.

If this map piques your interest then be sure to track down a copy of Philip Beidler’s First Books. It’s a bit academic in tone (which isn’t a bad thing) but packed full of interesting tid-bits about Alabama’s bookish beginnings. 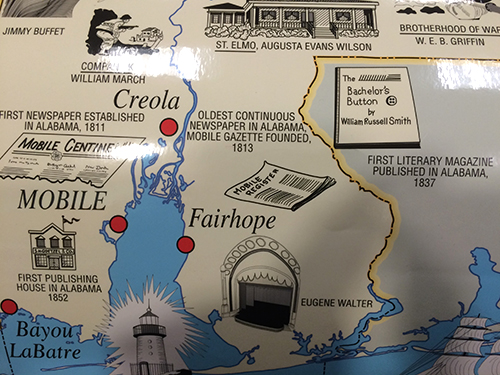 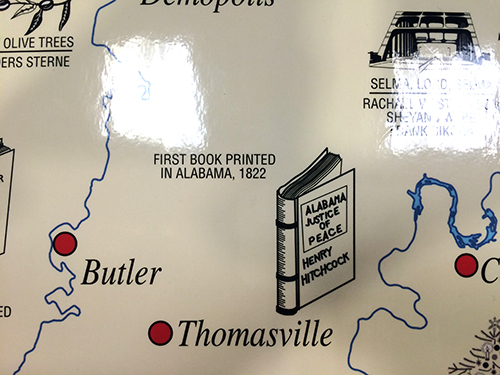 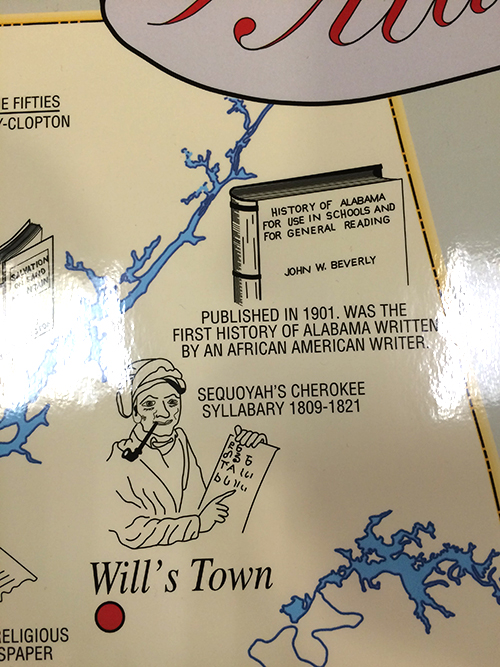 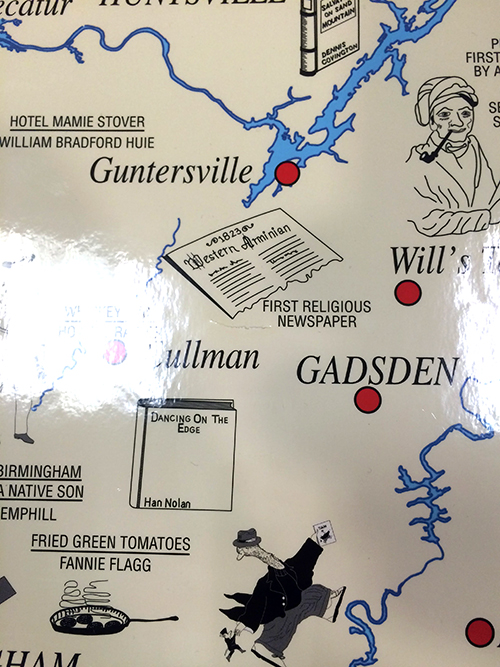 Have you seen this map before?