There is one thing readers enjoy almost as much as reading and that is talking about books. And if the topic is rare books, then all the better. There’s something about the study of preservation and the hope of an amazing find at a used book store that stirs reader’s hearts at a deep level. This is why the Rare Book School exists.

The folks at the Rare Book School readers’ and book collectors’ hearts all too well. I’m sure it’s part of the reason they have made 100+ lectures available for FREE online. Most are audio-only and play in your browser, but some link to YouTube videos where you can see the lecturer and artifacts. All of the sessions last around an hour.

The oldest lecture is from 1973 and the Rare Book School just added another class session from August 3, 2016. Just click through and check out the lecture topics. It’s amazing how specialized the roster of speakers are.

The topics are very very focused and toe the line of strictly academic every second. I happen to think this makes them all the more valuable and interesting. These are real lectures by practitioners and researchers in the fields of preservation, biography, collecting and antiquities. It’d be fun to hang around after one or two of these classes and see what everyone talks about. 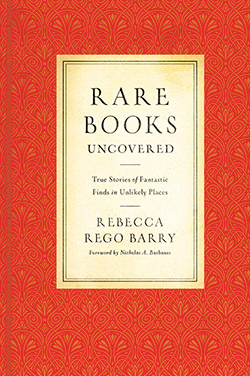 If this kind of thing strikes your fancy then I’d also recommend Rare Books Uncovered: True Stories of Fantastic Finds in Unlikely Places by Rebecca Barry. I just picked it up and am only a couple stories into, but it’s a fun collection of stories. They are all in the “that time a Hemingway 1st edition was found at a yard sale for $1” vein of wishful thinking. Dare to dream.

Ok, so this one has a bit of a “cars with umbrellas in them get into more wrecks, so umbrellas cause wrecks” kind of feel to it, but hey, it was reported by The Economist. Which is pretty legit and their paywall is more profitable than what I’m running here at Headsubhead, so I’ll give them the benefit of the doubt.

But the numbers do track just about the same: countries that consume large amounts of ice cream treats also score very very well on literacy tests.

No doubt there are many other factors here, but doing a quick and dirty back of the napkin confirmation…

And according to a Washington Post article, the most literate countries in the world are:

So that’s 50%. Of course, while it’s easy to count ice cream cones, it’s much harder to measure literacy. No doubt some formulas would track this trend higher or lower, but it’s still pretty fun.

So, averaging the info from Business Insider, in order to maintain a high level of literacy you should consume 13.5 liters (3.6 gallons) of ice cream per year.

All of that probably isn’t true, but it sure is fun to say. And there’s math behind it! Everything with numbers is true, right? Just ask any of these politicians running for office. However if science could tell us which flavors of ice cream help us most with reading comprehension…. then we’d be on to something.